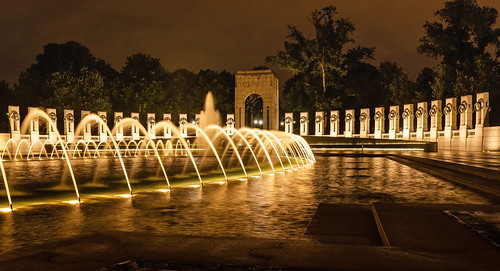 "Our debt to the heroic men and valiant women in the service of our country can never be repaid. They have earned our undying gratitude. America will never forget their sacrifices." – President Harry S Truman

The World War II Memorial honors the service of sixteen million members of the Armed Forces of the United States of America, the support of countless millions on the home front, and the ultimate sacrifice of 405,399 Americans. On May 29, 2004, a four-day “grand reunion” of veterans on the National Mall culminated in the dedication of this tribute to the legacy of “The Greatest Generation.”

Twenty-four bronze bas-relief panels flank the ceremonial entrance. To many, these panels stir memories as they tell the story of America’s experience in the war. Granite columns representing each U.S. state and territory at the time of World War II ring an impressive pool with water shooting high into the air. Quotes, references to theaters, campaigns, and battles, and two massive victory pavilions chronicle the efforts Americans undertook to win the war. A wall of 4,048 gold stars reminds all of the price over 400,000 Americans paid to win that victory. NPS

Free Shipping on All Orders $99 or More 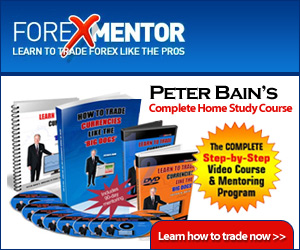 Kindly get back to your previous orientation view... your wheel is rolling there...

Congratulations! Your winning link has been sent to you via email.
Continue and Apply To Cart
Skip for Now
COIN KUDU® special offer unlocked!
You have a chance to win! Are you feeling lucky? Give it a spin :)
* You can spin the wheel by entering your email
* If you win, you can claim your special offer via email within a limited time
* COIN KUDU® reserves the right to cancel this special offer anytime
Privacy

The Best Crypto Fashion. Period.™
Sign up below for an exclusive coupon code you can use instantly on your first purchase :)
This is a limited time offer

Powered by Convert Plus

Want to be the Next MicroCap Millionaire?

Want to Win the Car of Your Dreams?

Want to be the Next MicroCap Millionaire?
COIN KUDU® Limited Time Offer

on your first purchase

Check your email to get your winning coupon!X